Road safety awareness campaign – Congratulations to all the winners!

Congratulations to Ms. Jacqueline Aubie and her family, surrounded by their neighbours, as well as the administrative staff of St. John’s United Church, who were the final winners of the draw held among participants in the City of Pointe-Claire’s summer road safety awareness campaign. Dressed for the occasion in his inspector suit, Buddy the City mascot presented the final winners with their prizes, which included practical items in the City’s colours.

The Slower Is Safer! campaign reminds all road users of the importance of adopting safe behaviour, whether they be motorists, cyclists or pedestrians. Signs illustrating the benefits of respecting speed limits, exercising caution and adopting good behaviour have been placed on public and private property for this purpose. In 2019, approximately 290 signs were put up by Pointe-Claire residents in front of their home. In addition, the campaign intensified during the new school year, with 50 posters added in school zones to ensure everyone’s safety.

The campaign was also promoted at seven municipal events, mostly thanks to Buddy, who shared his passion for respecting road safety guidelines. The new campaign stickers featuring Buddy have been popular with kids, and radar speed signs located throughout the city have also helped increase road users’ awareness of speed limits.

This fifth Slower Is Safer! campaign ends in mid-October, and inspectors from the Inspection – Public Security Department will go around picking up the signs from in front of houses throughout the month of October. 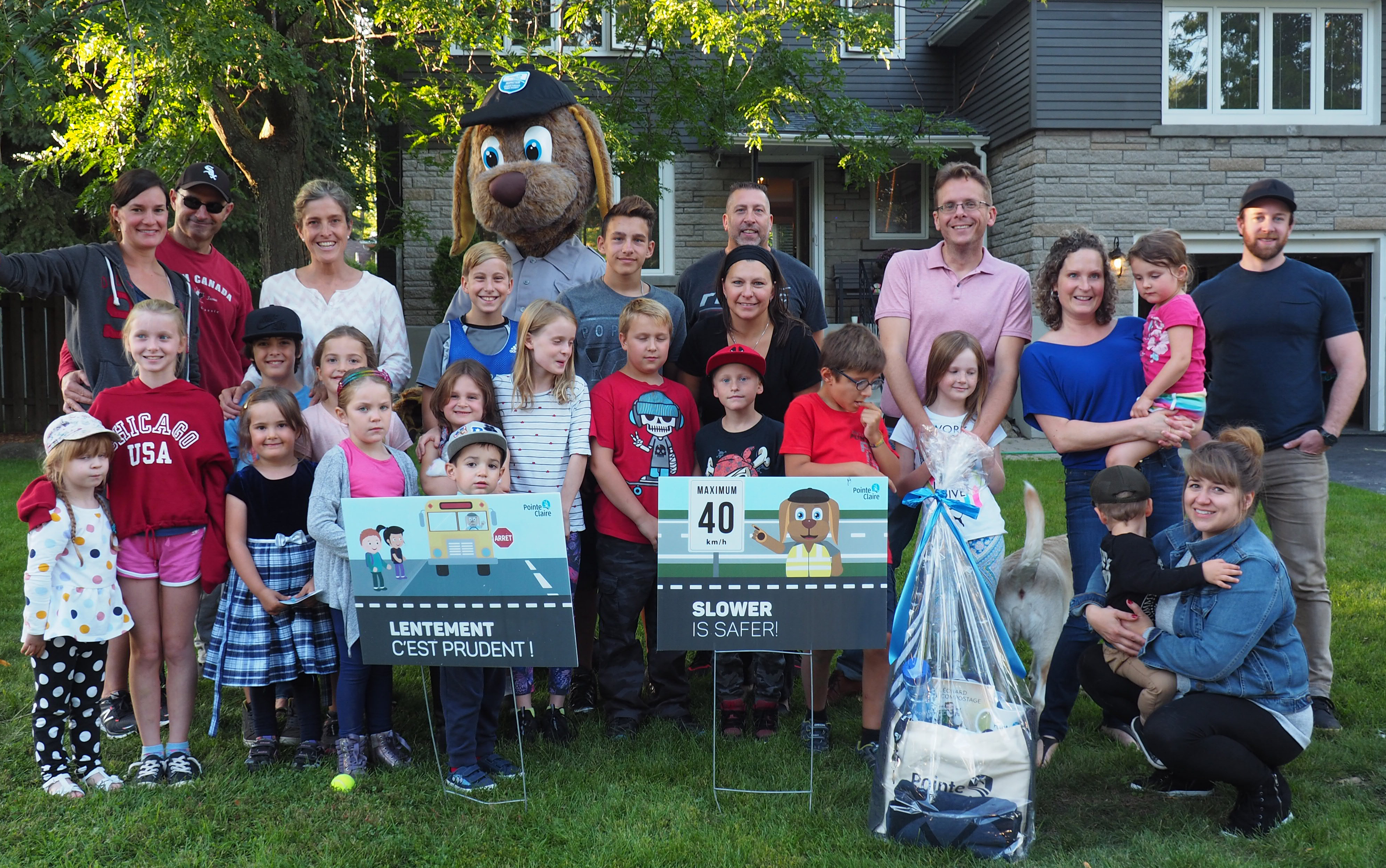 The family of Jacqueline Aubie and her neighbors receiving their prize for participation in the road safety awareness campaign, Slower is safer, accompanied by Buddy the mascot of the City of Pointe-Claire. 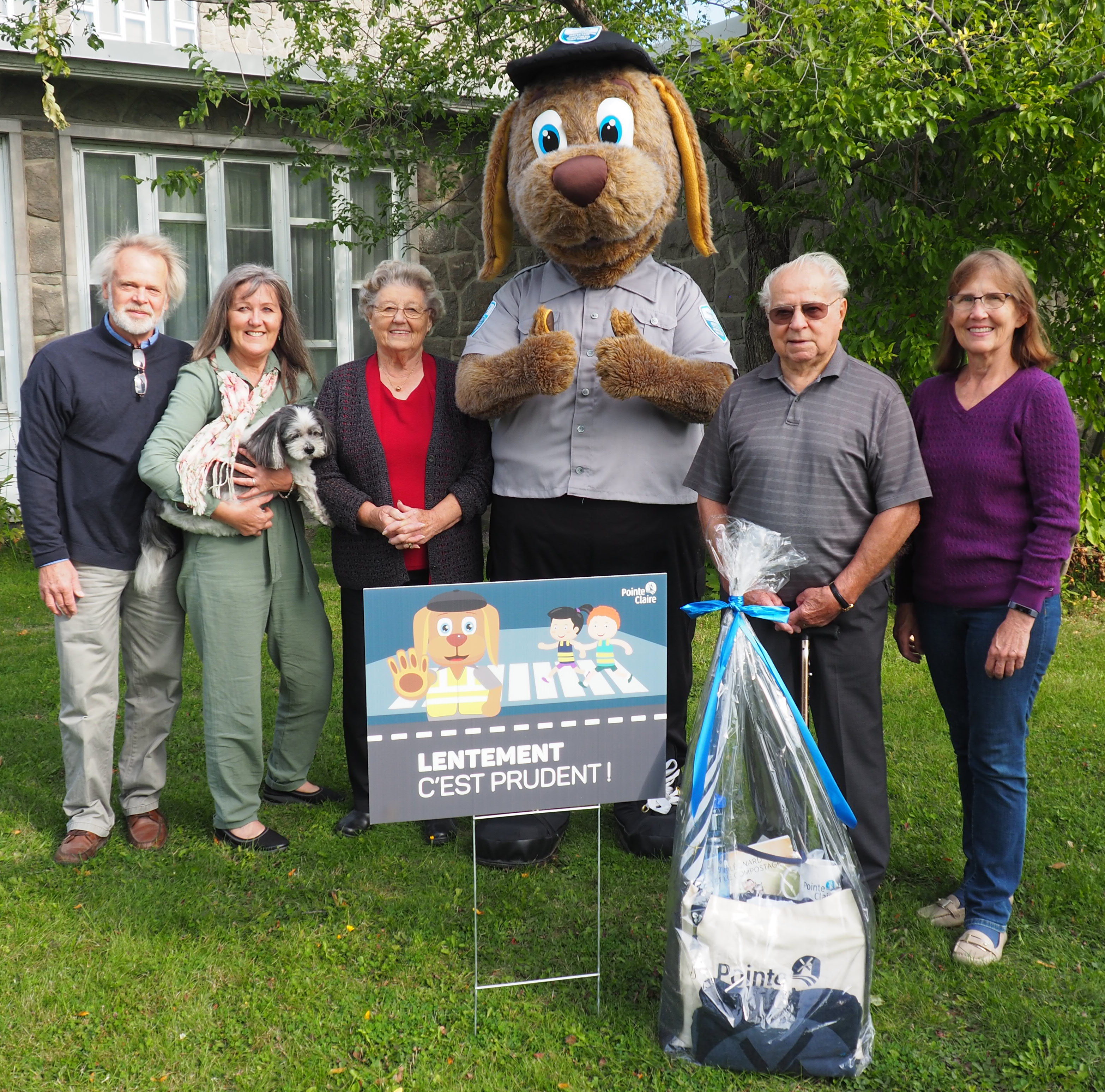