The majestic Stewart Hall Manor provided the perfect setting for the occasion. The Grand Salon, decorated with coats of arms featuring the City logo, was transformed into a lavish ballroom to host this unique event that celebrated both past and present.

Some fifty young nobles and their attendants were attired in full regalia as princes, princesses, knights, ladies, fairies and other magical creatures.

The magnificent guests were greeted by Buddy, the City mascot, who was dressed in a musketeer costume for the occasion. They were then escorted by a royal herald and invited to bow and curtsey to the king and queen, proudly seated on their thrones on the dais in all their finery.

To prepare for the event, the young guests were invited to come up with their noble rank. Some of the more inventive titles included the Duchess of Sweet, Princess Sadhana Cinderella, Princess Prema, Professor Damodork, Sir Knight of Silly, the Prince of Bayview and Prince Dragon. The members of the Library who organized the event were also in attendance: Countess Jacynthe des Champs Fleuris and Queen Mamabelle.

The king and queen were also introduced to the mayor, John Belvedere, and a few members of City Council, who accompanied the young nobles during this fun event inspired by the days of yore.

Throughout the afternoon, the participants enjoyed the various activities that were organized: fairy tale readings (including one with the queen), fun and inventive crafts, a small royal banquet and, of course, a royal dance. Ever popular with his young fans, Buddy was invited to dance several times.

Before parting ways, the king, the queen, Buddy and the pages  gathered for a special ceremony where they offered Pointe-Claire residents their wishes of good fortune by chanting a few Latin words in unison: Pointe-Claire, cor felix! (Pointe-Claire, happy heart).

The event was announced last fall in Leisure Pointe-Claire, and children aged 4 to 8 were invited to register to receive a formal, personalized invitation.

A few photos of the event are below. 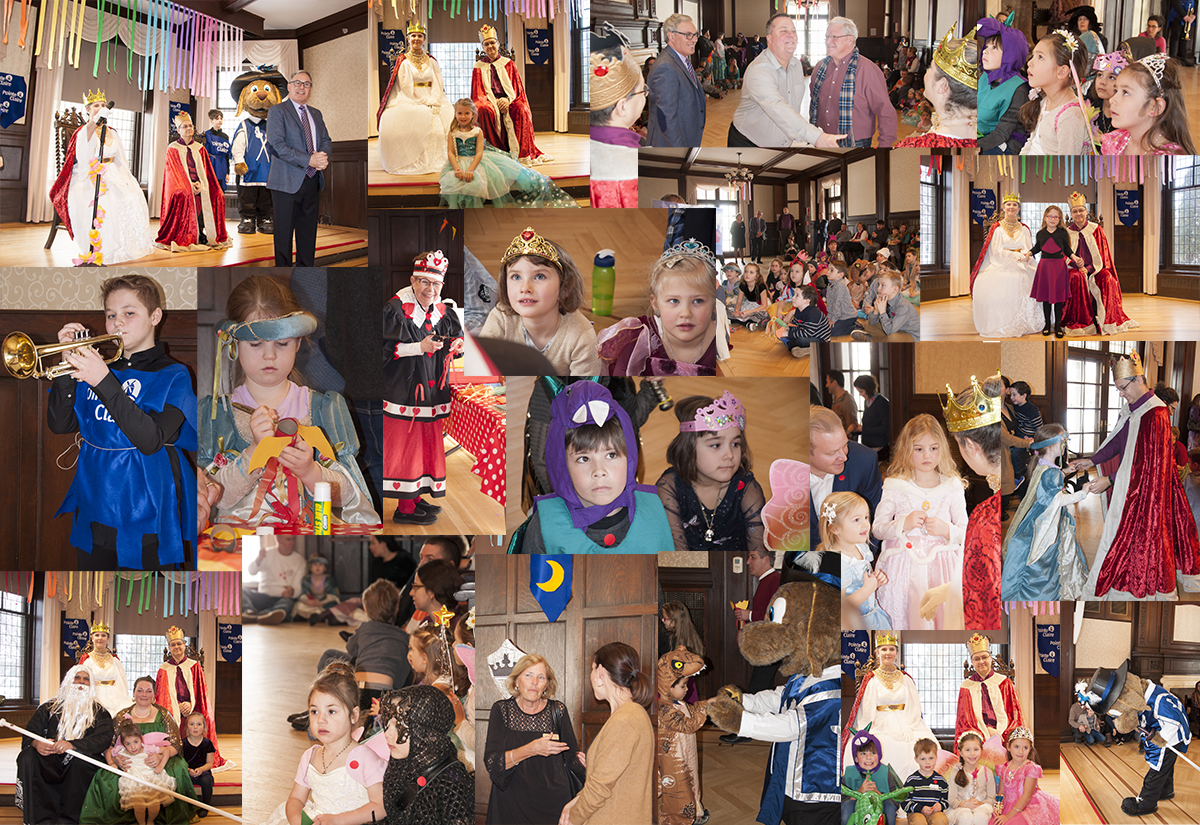