Closure of the intersection at Coolbreeze and Belmont avenues has been moved ahead to this week due to an early start to the work. The intersection will be closed to traffic until Friday, August 13. Detours have been proposed.

Thank you for your understanding.

Development of a rain garden in Belmont Park

The City of Pointe-Claire would like to inform you that work to create a rain garden in Belmont Park, commonly referred to as Sunnyside Park, will begin the week of August 2 and will continue until the end of October.

The rain garden will be created in the western portion of the park close to Coolbreeze Avenue in order to retain rainwater and ensure that the adjacent footpath is unobstructed at all times. By planting around the basin, this area will be transformed into an ecological environment. The garden will also feature a footbridge so that park users can observe the plants in the garden.

During the work, the sidewalk and street parking along the portion of Coolbreeze Avenue that runs the length of the park will be inaccessible. The intersection of Coolbreeze and Belmont avenues will be closed to traffic from August 16 to 20. Detours will be proposed.

Thank you for your cooperation. 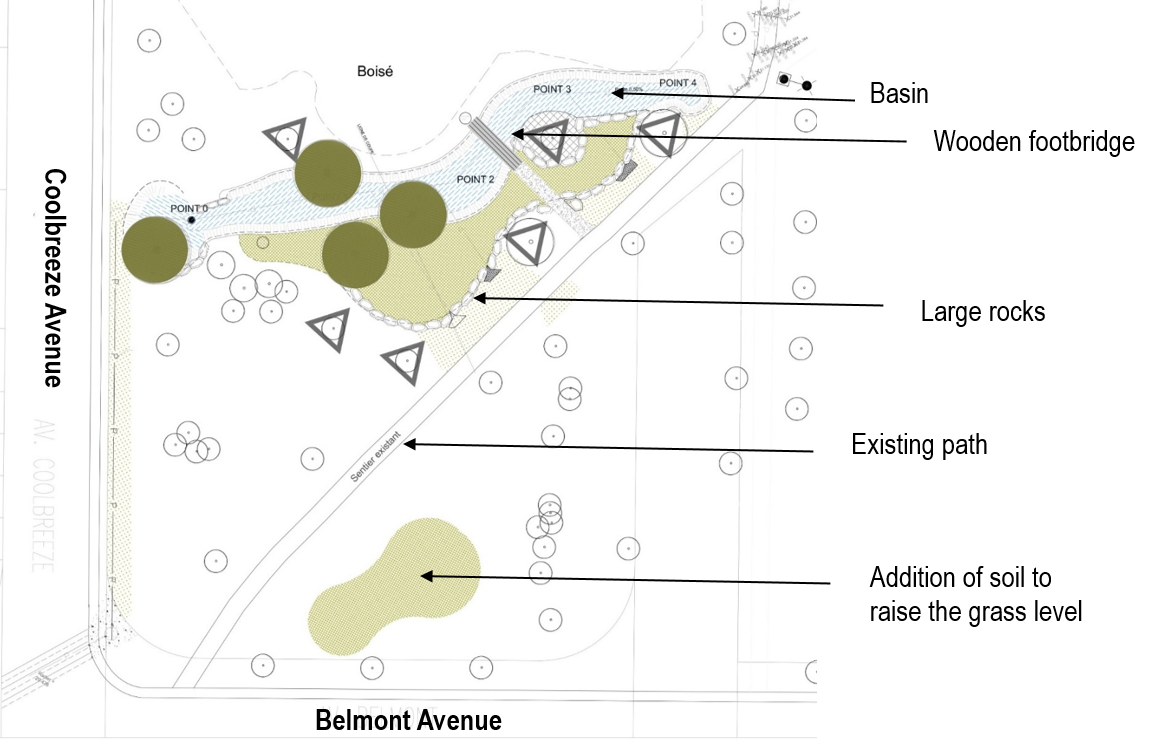