The City of Pointe-Claire would like to inform residents that heavier traffic is expected in Pointe-Claire this weekend, from November 3 to 5, due to the complete closure of the Trans-Canada Highway (A-40), from Saint-Jean Boulevard to Autoroute Chomedey (A-13), in order for work to take place for the Réseau express métropolitain (REM) by the NouvLR consortium.

Traffic will be partially interrupted starting on Saturday, November 3, at 3 p.m.

Local traffic will be maintained for businesses along the highway in this area.

There will also be more traffic than usual on Des Sources and Brunswick Boulevards, as well as on adjacent streets, due to this closure. In order to reduce the impact of this increase in traffic, Hymus Boulevard will be open to traffic in both.

Highway 40 is expected to remain closed until Monday, November 5, at 5 a.m.

The NouvLR consortium states that every effort will be made to complete the work as soon as possible in order for the lanes to be reopened progressively. To follow the evolution of this major operation, check the REM Twitter account (@REM.info).

Due to the parade celebrating the 100th anniversary of the armistice, traffic will halted on Hornell, Saint-Louis, Maywood, and Douglas-Shand Avenues during this period.

Thank you for your understanding and cooperation. 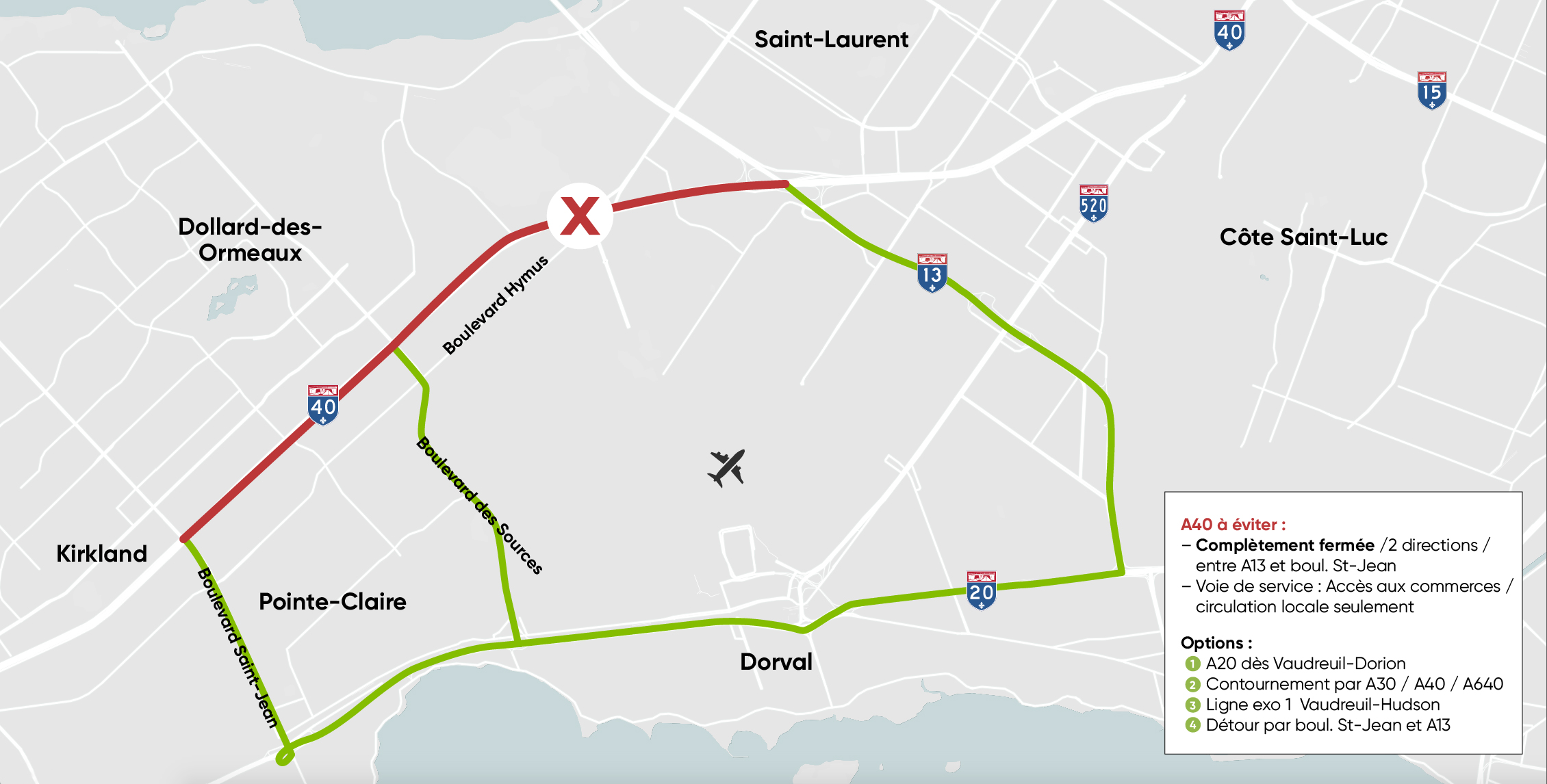