Pointe-Claire leading the pack at the 2018 Canadian Swimming Championships

The mayor of Pointe-Claire, John Belvedere, is proud to highlight the remarkable success of the Pointe-Claire Swim Club athletes at the Canadian Swimming Championships, which were held at the Olympic Park Sports Centre from April 5 to 8.

“It is an honour to see our athletes distinguish themselves and perform so admirably and represent our City with this much talent and dedication. They are an inspiration for younger athletes and a source of pride for us all,” stated Mayor Belvedere.

At this competition featuring 489 athletes, the Pointe-Claire Swim Club, which was represented by 26 young swimmers, reached the top of the rankings and won eight medals: one gold, three silver, and four bronze.

In individual events, Stephanie Horner and Connor Ising both won bronze medals, in the 1,500-m freestyle and 200-m breaststroke respectively.

“These passionate young people train hard to improve their technique and speed. These results reflect their tremendous effort and work ethic,” said Mayor Belevedere in conclusion. 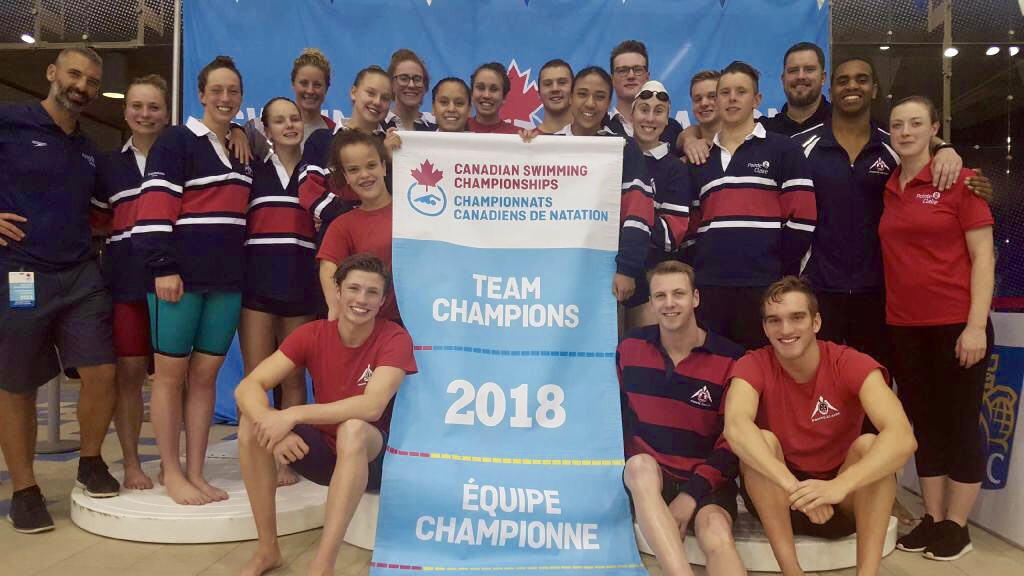 The swimming team champion athletes and their coaches.