Several of you have reported seeing an owl in Terra-Cotta Natural Park. It is in fact a barred owl, a large bird of prey belonging to the raptor family. It differs from the great horned owl in that it does not have any ear tufts on the sides of its head. 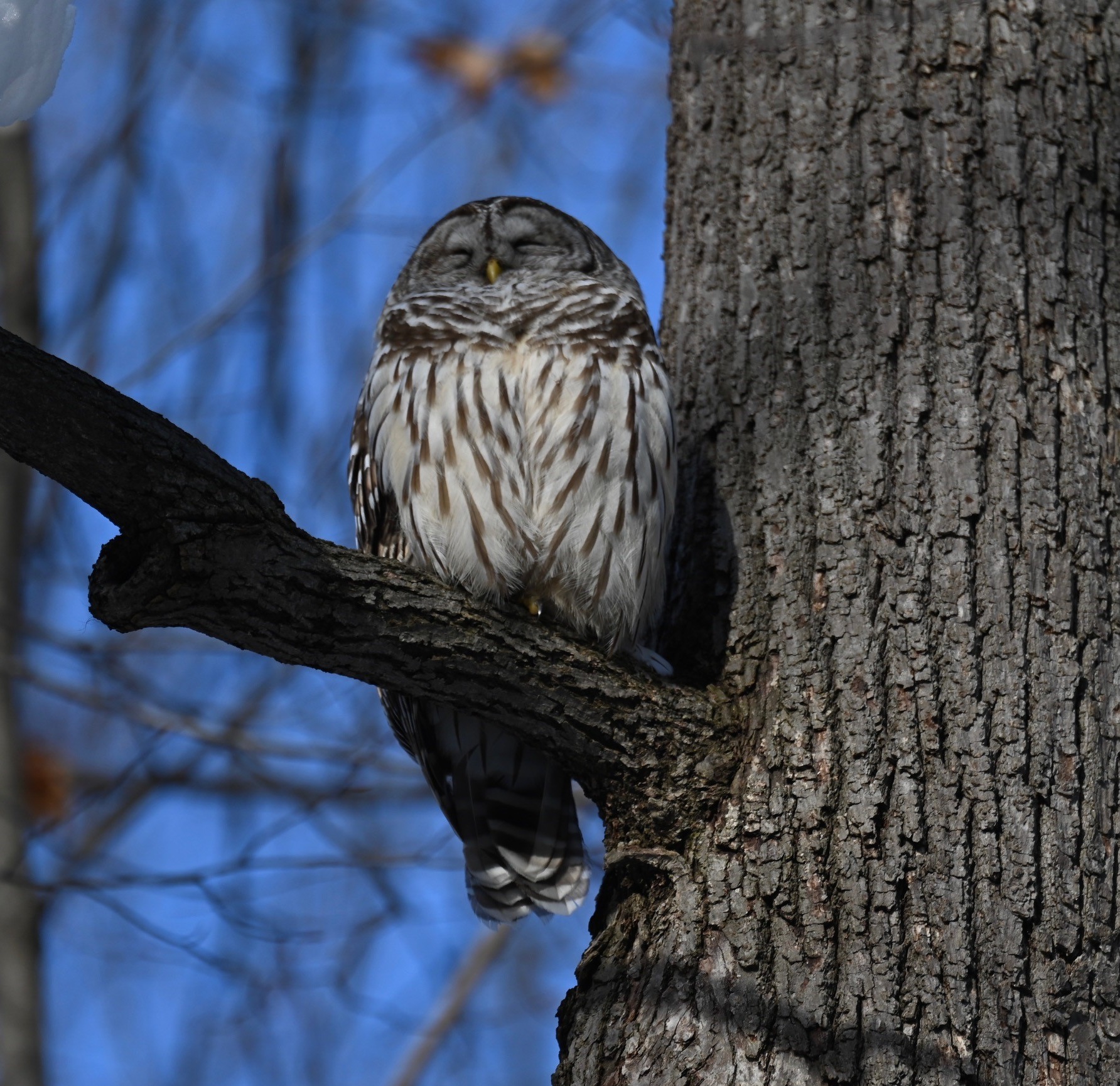 The barred owl is one of three species that can be seen at Terra Cotta Natural Park. The other two are the great-horned owl and the eastern screech owl.

The barred owl can be identified by the bold streaks on its belly and darker brown plumage on its back, as well as its brown eyes surrounded by large facial disks, a special set of concave feathers that act as a satellite dish to funnel sound into its ears.

This bird lives in dense, mixed forests with mature trees. These forests are ideal for finding its food: small mammals, such as rodents, small birds and reptiles. The Terra-Cotta Natural Park is a perfect place, with its wide variety of flora and fauna. Since it is nocturnal, its retinas are specially designed to spot its prey in the dark.

The barred owl builds its nest in tree cavities. To ensure its well-being, it is very important to respect its space by staying on the paths, keep a distance and avoid disturbing it. Barred owls nest in late February or early March. During this time, it seeks calm and security. Especially during the breeding period, the owl must be able to rest during the day in order to tend to its eggs or young at night. The female usually lays two eggs, one per day, and stays in the nest for 28 to 33 days to incubate them.

Couples are monogamous; they stay together their entire lives. They are sedentary and live on the same territory all year round, in an area of about 1.6 square kilometres.

In order for the owl and other species to continue to settle in the Terra-Cotta Natural Park, let’s make sure that we are respectful of them on our walks. This way, we will have the privilege of observing these magnificent creatures in their natural habitat for a long time to come!