The mayor of the City of Pointe-Claire, John Belvedere, welcomed the Lieutenant Governor of Québec, the Honourable J. Michel Doyon, last Thursday. His Honour awarded the Lieutenant Governor’s Medal for Exceptional Merit to Marcel Montpetit, a Pointe-Claire citizen and an active member of his community, during a ceremony that took place at the Stewart Hall Cultural Centre.

“Through his constant commitment from an early age, Mr. Montpetit helped to make his community a better, richer place. He is a source of inspiration, encouraging younger people to follow in his footsteps. It was natural for us to award him with this honorary distinction recognizing his outstanding accomplishments,” stated the Honourable J. Michel Doyon during the ceremony.

“If there is one person who embodies commitment, dedication, and a life of service to his community, it is Marcel Montpetit,” said Mayor John Belvedere. “He was born and raised in Pointe-Claire. For over 60 years, he has been involved in many organizations, activities, and events, always with the same friendliness, attention, and infectious smile.”

As a letter carrier, Mr. Montpetit crisscrossed the city and forged ties with his fellow residents. He started volunteering at the age of 19. An active member of the Knights of Columbus, the Saint-Joachim Parish, the City of Pointe-Claire during events and public meetings, and community organizations during fundraisers and other events, he was and continues to be known for his involvement and talent as an organizer. His dedication continues well into his retirement. Even today, Marcel Montpetit is involved in the community and continues to be just as well known and liked by all.

In his thank-you speech, Mr. Montpetit stressed that it was always natural for him to get involved in his community to help others. He stated that he humbly accepted this medal and thanked his wife, Yvonne, for her unwavering support in his activities to support the Pointe-Claire community.

The Medal for Exceptional Merit is awarded by the Lieutenant Governor to recognize the outstanding achievements of an individual or organization.

The members of City Council, former mayor Bill McMurchie and Morris Trudeau, the members of the City Manager’s Office, several City employees, as well as family and friends, took part in this recognition ceremony. 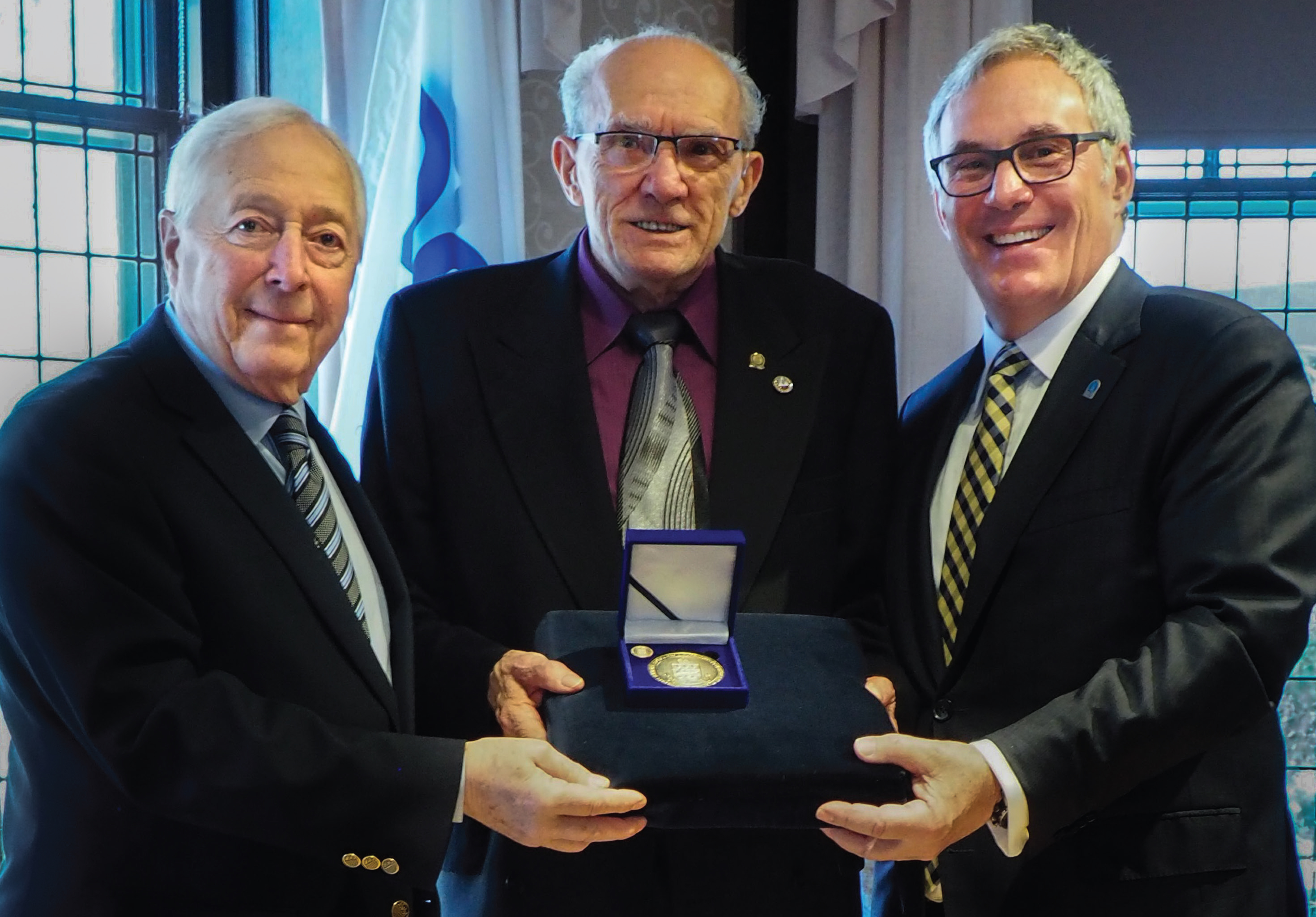